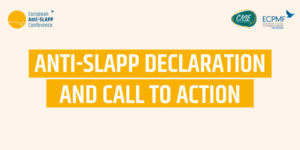 On the occasion of the first European Anti-SLAPP Conference, the Coalition Against SLAPPs in Europe (CASE) today calls on governments across Europe to take immediate legislative and practical action to protect journalists and other public watchdogs from the growing threat of Strategic Lawsuits Against Public Participation (SLAPPs).

SLAPPs are abusive lawsuits that operate through the litigation and pre-litigation process to silence critical speech, shut down accountability, and undermine democratic rights. Typically pursued by the rich and powerful, SLAPPs misuse and abuse power and privilege by threatening or taking legal action to silence minority or critical voices, creating a chilling effect on public participation.

The assassination of Maltese journalist Daphne Caruana Galizia, who at the time of her murder was facing 47 SLAPPs, exposed the growing problem of vexatious or malicious lawsuits facing journalists and other public watchdogs across Europe. Since her murder, we have come together from across Europe to create the Coalition Against SLAPPs in Europe (CASE), an umbrella coalition now party to dozens of non-governmental organisations.

Today we commit to continuing to fight for the three aims of CASE: to expose SLAPPs and those who use them, to build resilience to SLAPPs, and to advocate for law reform to prevent SLAPPs.

CASE maps the nature, scale, and scope of SLAPPs in Europe. Our March 2022 report found a rising cumulative trend of SLAPPs in Europe since 2015. Our annual European SLAPP Contest exposes corporate and political bullies and countries where SLAPPs run riot.

CASE is encouraged to see that the core components of the CASE model directive, as well as the safeguards we have been advocating for over the past years, have fed into the European Commission’s anti-SLAPP initiative launched in April 2022. We welcomed the initiative as a crucial first step forward in tackling the growing problem of abusive litigation targeting journalists, activists, and other public watchdogs across Europe. The initiative is particularly important in its protection against cross-border claims which are interpreted broadly.

We also welcome the Council of Europe’s work on drafting a recommendation of the Committee of Ministers to Member States on the protection of journalists and other public watchdogs from SLAPPs and the September 2022 United Nations Human Rights Council’s Resolution, which urges all States to adopt laws and policies related to SLAPPS, notably those that allow for early dismissal, limit the damages claimed, permit a public interest defence, and provide legal support to victims. At the national level, we welcome initiatives from at least four countries to introduce Anti-SLAPP laws.

Now is the moment for governments to deliver concrete and immediate action to work towards the strongest possible set of anti-SLAPP rules.

– In line with international standards and government’s commitments relating to the right to freedom of expression and information, the positive obligation to ensure a safe and enabling environment for participation in public debate by everyone and recognising that questions of public interest cover all issues that affect and concern the public and that the public has a right to be informed about matters of public interest;

– Recognising that everyone has the right to a fair trial and the right to an effective remedy when their rights have been violated, but that this right cannot be stretched to include misuse or abuse of legislation or legislative process to strategically thwart public participation;

We put forward the following recommendations:

To the European Union

• Make it a priority to reach swift agreement amongst member states to adopt the Directive of the European Parliament and of the Council on protecting persons who engage in public participation from manifestly unfounded or abusive court proceedings (“Strategic lawsuits against public participation”);

• Make it a priority to push for the implementation of the Commission Recommendation (EU) 2022/758 of 27 April 2022 on protecting journalists and human rights defenders who engage in public participation from manifestly unfounded or abusive court proceedings (“Strategic lawsuits against public participation”);

• Extend the mandate of the European Union’s Expert Group against SLAPP to allow experts to support and contribute to the implementation of the Recommendation at national level.

To the Council of Europe

• Adopt the Recommendation on strategic lawsuits against public participation (SLAPPs) by 2024 and promote its implementation at Member States level.

To the European Parliament

• Ensure that the proposed Directive of the European Parliament and of the Council on protecting persons who engage in public participation from manifestly unfounded or abusive court proceedings (“Strategic lawsuits against public participation”) will not be weakened during negotiations phase, and that civil society is engaged on how the proposals could be further strengthened.

• Genuinely engage on the European Commission’s anti-SLAPP initiative and reach a swift agreement on an ambitious EU anti-SLAPP law with the strongest possible set of rules.

• Any attempts to weaken minimum standards proposed by the Commission must be fought back.

• Review relevant domestic laws, policies, and practices with particular attention to SLAPPs and adopt comprehensive anti-SLAPP legislation that provides for early dismissal, minimises the harm caused to SLAPP victims, and imposes dissuasive sanctions against those who use SLAPPs;

This declaration was published during the first European Anti-SLAPP conference held in Strasbourg on 20 October 2022. The conference was organised by the European Centre for Press and Media Freedom (ECPMF) and the Coalition Against SLAPPs in Europe (CASE). 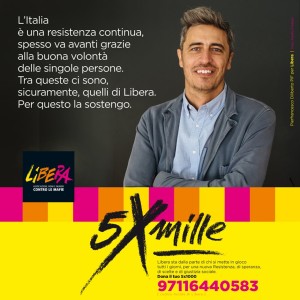 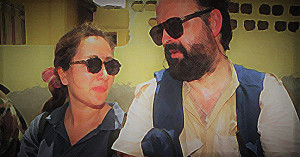 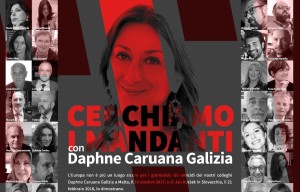 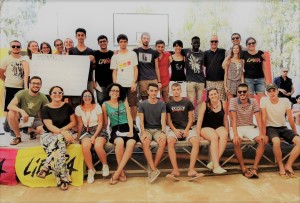 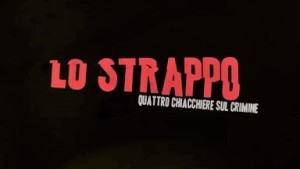